Do you have any questions to ask us?

Since 1998 gender equality has made steady progress through legislation and integration of the gender perspective into all EU policies. European Pact for Gender Equality acknowledges that equality between women and men is a fundamental value of the EU.

Equality Strategy 2020-2025 aims at achieving a gender-equal Europe where GBV, sex discrimination and structural inequality between women and men are a thing of the past.

Beyond its borders, the EU support Goal 5 „Achieve gender equality and empower all women and girls‟ of UN 2030 Agenda for Sustainable Development.

Gender-based violence (GBV) is one of the most persistent forms of gender inequality. GBV happens everywhere, in every society and EU country, regardless of social background, whether at home, at work, at school, in the street or online. It can take various forms. Intimate partner violence (IPV) is one of the most prevalent forms of GBV – 22 % of women aged 15 and over having experienced physical and/or sexual violence, and 43 % – psychological violence (FRA, 2014). Adolescence dating violence (ADV) – is a type of IPV that occurs between two young people in a close relationship. This project refers to GBV directed against a person because of that person‟s gender, in particular – to IPV in adolescence in all its forms – physical, mental, sexual, happening in person, over the phone or online.

PROSPECT project addresses GBV, in particular – to adolescent dating violence (ADV). Having positive relationships in adolescence is very important for teenagers’ well being. Very often they are accompanied by violence, which can range from abusive teasing to sexual abuse. Objectives 1. To educate and raise awareness among young people directed to changing their attitudes and behaviours towards ADV 2. To increase the capacity of stakeholders and professionals and strengthen multiagency cooperation 3. To assess how project have led to attitudinal and behavioural changes 4. To increase the EU practice of applying child participation to prevent ADV Activities and persons benefiting 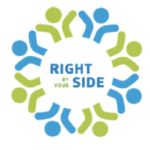 Link to the official page